You can play French Roulette online on this page without registration. French Roulette is just another name for the standard European Roulette with the La Partage rule. La Partage means ‘The Divide’ and what it does is that instead of losing all your bet when the ball lands on zero, you will only lose half of it (only applies to even-money bets*). Associating roulette with France is understandable, because that’s where it was invented in the 17th century (roulette means little wheel in French, also the word croupier comes from French as well). This version has just one zero, 36 numbers and offers no bonuses or extra features for any of the numbers (except for zero as discussed above). The La Partage brings the 97,3% RTP of standard European Roulette all the way up to 98,65%, which means this roulette type has the best return-to-player RTP (the higher the RTP the better it is for the player, and worse for the casino, the higher it is the more you can win long term). This is particular version was made by Net Ent. Despite the fact that it is from 2014 the graphics are decent and it’s mobile compatible.

*Even money bets are: Red/Black, Odd/Even, Hi/Lo, sometimes written as Manque/Passe or 1-18/19-36 in French Roulette

Click on the game and press F11 for full screen.

You need to enable Javascript and Flash on your browser to play the games. (Here is a tutorial on how to do it: Javascript, Flash)
Also, try disabling adblocker plugins, they often cause issues. Also, try a different browser other than Google Chrome if you experience issues, Chrome often identifies the slots as a threat and blocks them from playing properly or at all.

If you would like to try out Roulette with real money you can do so at the following online casinos:

These online casinos have live roulettes as well.

USA and Canada players are accepted. However, US players can only deposit and withdraw money using cryptocurrencies! (this restriction only applies to US players, and only in this casino)   Bonus for returning players: Returning players usually get 15% cashback, one of the highest regular cashbacks online. Even if you end up losing you will get about 30% of your money back (returning players only). You can read the review of RichPrize casino here.

The deposit bonus amount must be wagered 10-40x times before withdrawal, depending on the type.   Wagering limitation:

Promotions: COUPON CODE: DOD-GUESS US players are accepted at the casino.

USA and UK players are not accepted. Betsson has over 1500 games, the most games of any online casino. You can read the review of Betsson casino here. You can read the other online casino reviews here (includes list of restricted countries), and you can find all the current casino bonuses, promotions, offers, codes here. Gamble responsibly, never paly with more than you can afford to lose, 18+.

Check the casino's website for up to date wagering and playthrough limitations, the values below might not be accurate (although I update it frequently, they change it for every promotion, certain countries might have higher or lower wagering requirements, and certain countries might be excluded from using the bonuses). The deposit bonus amount must be wagered 35 times before withdrawal. No wagering requirement for the weekly extra money. Playthrough requirement: No playthrough requirement for the extra weekly money. In case of the welcome bonus: • 100%: Slots • 10%: All Roulette (except Live), Caribbean Stud & Casino Stud Poker Games • 10%: All Casino Hold’Em, Red Dog, Pai Gow, Poker Games, Oasis Poker & Texas Hold’Em Poker Games • 5%: All BlackJack (except Live BlackJack), Baccarat, Video Poker, Pontoon, Beat Me, Punto Banco Games Wagering limitation:

Back to Simon’s Free Roulette page – click here for more and different types of roulettes to play.

The French Roulette is the same as the European one (one zero, one wheel, 36 numbers), but it has the La Partage rule, which comes into play with even-money bets. With even-money wagers you don’t lose your bet if you get 0, instead only the half of it. This raises the RTP, making this version the most favourable form of Roulette to players.

The same as European Roulette. The French terminology might be confusing at first, so I recommend checking out the terminology section below, where we get into details about what the different types of french terms mean.

Inside Bets (types and odds):

Outside Bets (types and odds):

When the ball lands on the zero (and you made an even money bet) you’ll only lose half of your bet, because of the la Partage rule.

There is a lot of misinformation about working French Roulette strategies and winning roulette strategies in general, so called roulette systems. There aren’t any! There is only one thing you should remember always stick to even-money bets, while playing French roulette in order to maximize your chances of winning, that’s it. Don’t get scammed, especially if people ask for money to tell you their secret “guaranteed to win roulette strategy”, there is no such thing. There is only one thing you can do to hack the system, but that only works in brick&mortar casinos, it’s called wheel bias, and you can read about it here, but it doesn’t work online and it only works with old roulette wheels.

European roulette was invented in Paris, France (the exact city is debated, but it’s certain that it was in France) by a French theologian/inventor/mathematician/writer Blaise Pascal, who created it as an experimental perpetual motion machine, not a gambling device. The fast colorful spinning wheel amazed people (this was before movies and computer games) so entrepreneurial casino and gambling hall owners copied it and turned it into the game we know today. By 1843 it was already widespread in Europe.

No special rules apart from Le Partage, which was is already explained above.

Roulette doesn’t have a jackpot, but perhaps winning with a bet on zero can be considered one, many people consider it special, even though it doesn’t pay more than any other straight up number bet. If you bet on a single number you will win 35x of your bet. That is the closes thing roulette has to a jackpot.

It’s not possible to win free spins in French Roulette. However, some casinos occasionally offer free spins (also called free games, same thing) as part of a promotion, check out the offers on this page, if you are interested.

French roulette terminology can be quite scary at first if you don’t speak French. However, it is customary and polite to use the French words in a brick & mortar European casino when talking to a croupier, but if you don’t know them that’s also fine. Here are the the must-know terms associated with European Roulette:

Carr: Carr means corner in French. A corner bet is when you place a single chip on 4 numbers by placing it at the corner of the numbers.

Cheval: A split bet, placing one casino chip between two numbers thereby placing a bet on both numbers.

Croupier: The equivalent of a dealer, the casino employee who oversees the roulette table. Sometimes called a host/hostess outside of Europe.

En Plein: Means a plain, a plain bet. Called a straight up bet in English, a single bet on a single number.

En Prison: Literally, in prison. An optional rule applied to even-money wagers* only. When the outcome is zero, your bet will be en prison (in prison) for a subsequent spin instead of just losing your bet. If you win during next spin you get your full bet back but no winnings, but if you lose, you lose the bet. Example: So if you bet $10 on even, but a zero comes, you will be put in prison, next an even number comes you get your $10 back and no more. However, if an odd number was spun instead you lose your bet. Somewhat increases RTP for even-money wagers.

La Partage: Again, an optional roulette rule very similar to the En Prison. If you place an even-money bet and zero is spun your bet will be divided in half instead of losing it all. This really helps players and pushes the RTP up, from 97,3% to 98,65% for even money bets. This is better than En Prison.

French Bets: These bets cover certain physical sections of the roulette wheel. They are popular in European casinos, particularly among high rollers. A player making a French bet is actually making several bets at once to cover all of the numbers in each wheel section.

Transversale: French term meaning a street bet a.k.a row bet. Placing a casino chip at the end of a row, betting on the whole row.

Sixainne: French for 6 line bets. A line bet is a split row bet. 6 line bets covers all the numbers.

Click here to go back to the free casino games section where you can choose a different type of casino game to try out.

You can find the best casino bonuses here.

Let us know by leaving a comment if the game doesn’t work! (But please make sure you have java and flash enabled in your browser first and disable all plugins, 90% of the time that’s the problem.)

In case the game doesn’t work for you at the moment you can check out the following demo video of it while we fix it:

Thank you for visiting: 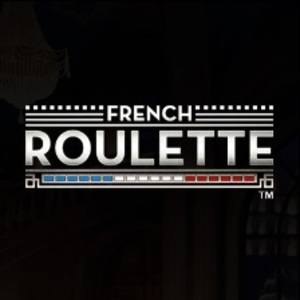